“Just because I’m paranoid,
doesn’t mean they are not after me”
We say this with a wink… and then glance over our shoulder

“Just because it’s a conspiracy theory,
doesn’t mean it’s not true”
We say this straight-faced… and then take another sip of Kool-Aid

The Christian Label and its Discontents

Several years ago I stopped calling myself a Christian, but not because I stopped believing in Jesus. On the contrary, I love Jesus but was being weighed down by the cultural and historical baggage of Christianity and the label “Christian” (which had lost its original meaning of “little Christ”). More than ever, I’m glad I no longer need defend the indefensible baggage many Christians tote around, one of the largest and most perplexing bags being the one packed with conspiracy theories.

That said, many of my friends do call themselves Christians and in varying degrees tote the conspiracy baggage. Many are untroubled by all this baggage and do an admirable job holding onto their faith in Jesus and being kind to their neighbor. While these Christians may be power lifters, they are doing a great injustice to the gospel with its commitment to truth. END_OF_DOCUMENT_TOKEN_TO_BE_REPLACED

There’s a big problem with well-known, commercial audio versions of the Bible. Mobile versions, especially but not exclusively, present the listener with meaningless numbers instead the historical names of the books of the Bible, something analogous to seeing “City001” on a map instead of “New York City.” END_OF_DOCUMENT_TOKEN_TO_BE_REPLACED

We’ve got God on our side
We’re just trying to survive
What if what you do to survive
Kills the things you love
Fear’s a powerful thing, baby
It’ll turn your heart black you can trust
It’ll take your God filled soul
Fill it with devils and dust
(Bruce Springsteen, “Devils & Dust”)

(The following was published October 6, 2020)
For the first time, I’m doubting the general welfare of the US after an upcoming presidential election. In the past, the new or renewed president would be uncannily like his or her predecessor or opponent, and I knew there would be segments of our society, usually marked by their low incomes or stature, who would continue to suffer discrimination in various forms.[1] The losers might be bitter and the winners might gloat, but the fabric of society would remain the same for better and worse. END_OF_DOCUMENT_TOKEN_TO_BE_REPLACED

This post falls outside of these viewpoints and is by no means a declaration that either candidate will do. While many people are concerned about choosing the right person (from the limited choice of two—something the flip of a coin could determine), I’m concerned about the need for a better system for selecting presidential candidates. END_OF_DOCUMENT_TOKEN_TO_BE_REPLACED

There’s a big problem with well-known, commercial (i.e. purchasable) audio versions of the Bible. Mobile versions, especially but not exclusively, present the listener with meaningless numbers instead the historical names of the books of the Bible, something analogous to seeing “City001” on a map instead of “New York City.” END_OF_DOCUMENT_TOKEN_TO_BE_REPLACED

As an unworthy follower of Jesus, I have many brothers and sisters, all over the world. A few days ago, I had breakfast with one such sister, whom I’ll call Sue.

Gallop Cafe, one of my favorite eateries in the Highlands in Denver.

Outside, one of my favorite places to eat, anywhere.

Conversation, always enjoyable with Sue, who converted to Catholicism several years ago, during the crest of the child-abuse allegations in the Boston area, a gutsy move on her part. Catholicism works with her: she takes what is meaningful and doesn’t worry about the rest. END_OF_DOCUMENT_TOKEN_TO_BE_REPLACED

END_OF_DOCUMENT_TOKEN_TO_BE_REPLACED 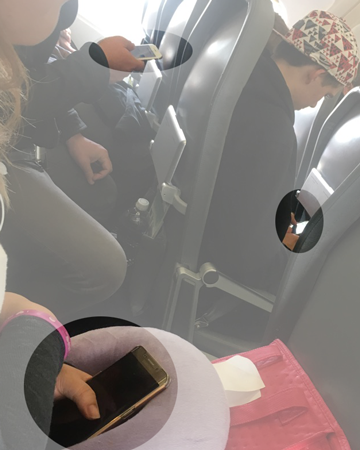 END_OF_DOCUMENT_TOKEN_TO_BE_REPLACED

Oklahoma voted overwhelmingly for Mr. Trump (about a 2:1 ratio). Accordingly, I  provide a short guest post from Charles Anderson on Trump supporters. This might be useful where I live: some of my friends in Colorado have never knowingly met a Trump supporter.

END_OF_DOCUMENT_TOKEN_TO_BE_REPLACED

Although the President of the United States is an idealized office that has less power than the emotional tide leading up to an election suggests, I am concerned about what I see as a train wreck with two possible outcomes: the train stays on the track or the train leaves the track. In either case, the train isn’t the little democracy that could, but is instead the fact that, as Chris Hedges stated, “We do not live in a functioning democracy, and we have to stop pretending that we do.”